Dear Evan Hansen Events Near You 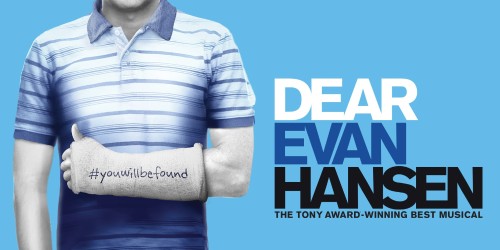 Dear Evan Hansen is a stage musical with music and lyrics by Benj Pasek and Justin Paul, and book by Steven Levenson.

The musical opened on Broadway at the Music Box Theatre in December 2016, after its world premiere at the Arena Stage in Washington, D.C., in July 2015 and an Off-Broadway production at Second Stage Theatre from March to May 2016.

At the 71st Tony Awards, it was nominated for nine awards, winning six, including Best Musical, Best Score, Best Actor in a Musical for Ben Platt, and Best Featured Actress in a Musical for Rachel Bay Jones.