Enrique Iglesias Events Near You 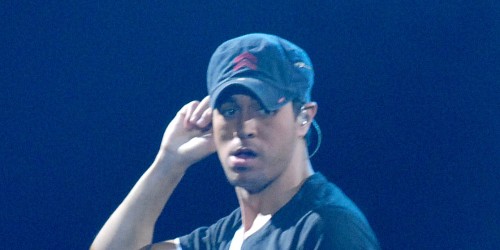 Iglesias began his career during the mid-1990s on American Spanish-language record label Fonovisa Records under the stage name Enrique Martinez, before switching to his notable surname Iglesias. By the turn of the millennium, after becoming one of the biggest stars in Latin America and the Hispanic market in the United States, he made a successful crossover into the US mainstream market. He signed a multi-album deal with Universal Music Group for US$68 million with Universal Music Latino to release his Spanish albums and Interscope Records to release English albums. In 2010, he parted with Interscope Records and signed with another Universal Music Group label, Republic Records, to release bilingual albums. In 2015, Iglesias parted ways with Universal Music Group after being there for over a decade. He signed with Sony Music and his subsequent albums were to be released by Sony Music Latin in Spanish and RCA Records in English.

Enrique is one of the best selling Latin music artists with sales estimates of 70 million records. Iglesias has scored over 150 number-one songs across all of the Billboard charts. He has had five Billboard Hot 100 top five singles, including two number-ones, and holds the record for producing 27 number-one Spanish-language singles on the Billboard's Hot Latin Tracks. He also holds the record for most number-one hits on that chart. Iglesias also has 14 number-ones on Billboard's Dance charts, more than any other male artist. In December 2016, Billboard magazine named him the 14th most successful and top male dance club artist of all time.