Paw Patrol Events Near You 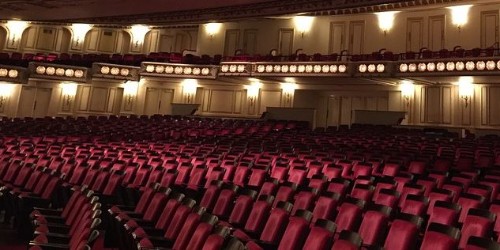 PAW Patrol is a Canadian CGI–animated television series created by Keith Chapman. It is produced by Spin Master Entertainment, with animation provided by Guru Studio. In Canada, the series is primarily broadcast on TVOntario, which first ran previews of the show in August 2013. The series premiered on Nickelodeon in the United States on August 12, 2013.

The series focuses on a young boy named Ryder who leads a crew of search and rescue dogs that call themselves the PAW Patrol. They work together on missions to protect the shoreside community of Adventure Bay. Each dog has a specific set of skills based on emergency services professions, such as a firefighter, a police officer, and an aviation pilot. They all reside in doghouses that transform into customized vehicles for their missions. They are also equipped with backpacks called "pup packs" that contain tools that relate to the pups' jobs.

Spin Master has developed the show into a media franchise and released an ongoing line of toys based on it. PAW Patrol toy sales have generated millions of dollars in revenue for the corporation and increased Spin Master's presence in the preschool toy market. The show, and its associated products, have received a variety of awards and nominations from associations such as the Academy of Canadian Cinema & Television and the Academy of Television Arts & Sciences.

On June 4, 2019, the series was renewed for a seventh season of 26 half hour episodes. In the United States, select episodes are available to stream on Noggin, for free with TV Everywhere authentication on Nickelodeon's app and with a public library card through the Hoopla app.

In April 2016, a stage show titled PAW Patrol Live: Race to the Rescue was announced. The show features the PAW Patrol characters competing in a race. It toured Canada, the United States, Mexico, New Zealand, Australia and the Philippines. A sequel show, titled PAW Patrol Live: The Great Pirate Adventure, was announced in June 2017. It follows the PAW Patrol as they rescue Cap'n Turbot from a cavern, and it will tour the same countries as its predecessor. The shows are produced by VStar Entertainment Group, which is best known for producing the popular Sesame Street Live touring shows for 37 years.

Mascots based on the PAW Patrol characters have appeared at events across Canada, the United States, and the United Kingdom. They joined an "Etch A Sketch Day" celebration at Spin Master's office in Toronto on July 26, 2016. The characters, along with replicas of the Lookout tower from the program, were included as part of the Nick Jr. Play Date Tour in autumn 2015. Marshall and Chase made appearances at shopping malls throughout Nottingham, Suffolk, and Somerset in the U.K. in the summer of 2016. Multiple meet-and-greet events attracted far more attendees than expected, with some reaching over 5,000 visitors. They appeared for the first time in Northern Ireland at Glenarm Castle on July 13, 2016. They are scheduled to appear regularly in a Nickelodeon-themed area of the Thurrock's Lakeside Shopping Centre located on the outskirts of London, England.