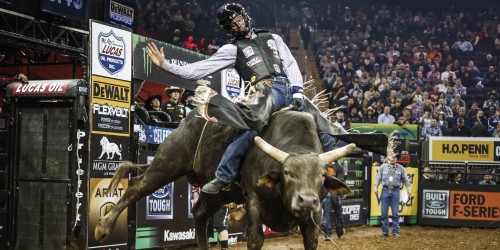 The Professional Bull Riders, Inc. (PBR) is an international professional bull riding organization based in Pueblo, Colorado, United States. In the United States, Professional Bull Riders (PBR) events have been televised on CBS and CBS Sports Network since 2012. In 2013, the PBR and CBS signed a contract that extended CBS Sport's partnership with PBR, making them the primary sports broadcaster for PBR. More than 600 cowboys from the United States, Canada, Mexico, Brazil, Australia and other countries hold PBR memberships.