Stagecoach Festival Events Near You 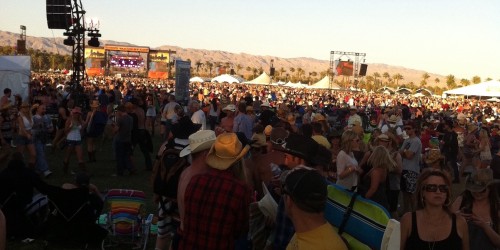 The Stagecoach Festival is an outdoor country music festival presented by Goldenvoice, The Messina Group, and Moore Entertainment and founded by Paul Tollett. The festival is held at the Empire Polo Club in Indio, California. Various artists attend, whether they be mainstream or relatively unknown, ranging from folk, mainstream country, bluegrass, roots rock, and alternative country. It is the highest-grossing festival centered on country music in the world. The festival acts as a sister event to Goldenvoice's Coachella Valley Music and Arts Festival, taking place the following weekend at the same site.