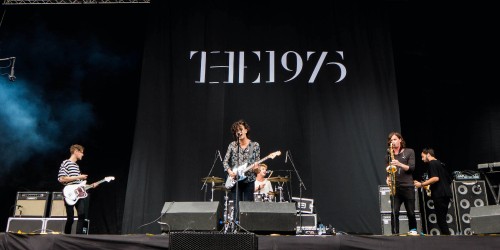 The band's origins trace to their attendance at Wilmslow High School and playing together as teenagers. Gigs organised by a council worker led the band to formally sign with Dirty Hit and Polydor Records. The band opened for several major acts and released a series of extended plays (Facedown, Sex, Music for Cars, IV) throughout 2012 before releasing their self-titled debut album (2013), which included the popular singles "Sex", "Chocolate", and "Robbers" reaching number one in the United Kingdom.

Their second album, I Like It When You Sleep, for You Are So Beautiful yet So Unaware of It (2016), reached No. 1 in the US and UK. Following the touring cycle for the record, the band announced their third album under the working title of Music for Cars, before going on hiatus again throughout 2017.

Returning in 2018, the band announced that the album had evolved into their third campaign cycle, consisting of their third and fourth studio albums. The first, A Brief Inquiry into Online Relationships (2018), was released to critical praise, and became their third No. 1 album in the UK. The second, Notes on a Conditional Form, is set to be released in February 2020.