The Doobie Brothers Events Near You 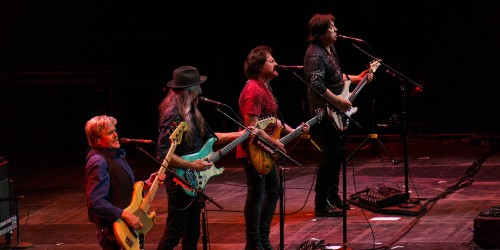 About "The Doobie Brothers"

The band's history can be roughly divided into three eras. From 1970 to 1975 it featured lead vocalist Johnston and a mainstream rock and roll sound with elements of folk, country and R&B. Johnston quit the group in 1975, and was replaced by Michael McDonald, whose interest in soul music changed the band's sound until it broke up in 1982. In 1987, the Doobie Brothers reformed with Johnston back in the fold; McDonald, who had previously made several guest appearances since their reformation, returned to the band full-time in 2019 for their upcoming 50th anniversary tour. Every incarnation of the group has emphasized vocal harmonies. The Doobie Brothers were inducted into the Vocal Group Hall of Fame in 2004. On October 15, 2019, the band was named as one of the nominees for the 2020 Rock and Roll Hall of Fame.