The Lion King Events Near You 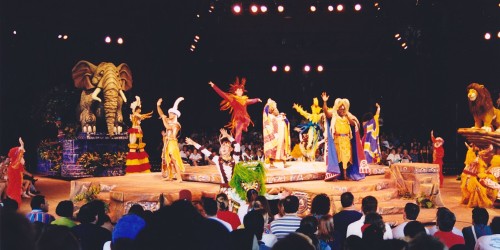 About "The Lion King"

The Lion King is a musical based on the 1994 Walt Disney Animation Studios' animated feature film of the same name with music by Elton John, lyrics by Tim Rice, and book by Roger Allers and Irene Mecchi, along with additional music and lyrics by Lebo M, Mark Mancina, Jay Rifkin, Julie Taymor, and Hans Zimmer. Directed by Taymor, the musical features actors in animal costumes as well as giant, hollow puppets. The show is produced by Disney Theatrical Productions.