TINA - The Tina Turner Musical Events Near You 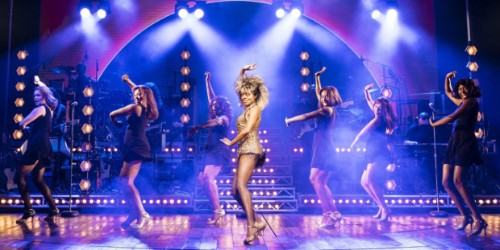 About "TINA - The Tina Turner Musical"

TINA: The Tina Turner Musical is a jukebox musical featuring the music of Tina Turner, and depicting her life from her youth in Nutbush, Tennessee, through her tumultuous relationship with Ike Turner, and comeback as a rock 'n roll star in her 40s. The musical has a book by Katori Hall, Victoria Chau and Kees Prins, and is directed by Phyllida Lloyd. The West End production began preview performances at Aldwych Theatre on 21 March 2018, and opened on 17 April 2018. The show's original cast West End include Adrienne Warren as Tina and Kobna Holdbrook-Smith as Ike.