Wicked Events Near You 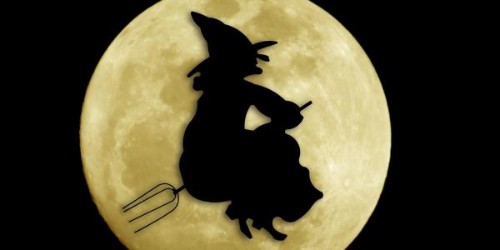 Wicked is a Broadway musical with music and lyrics by Stephen Schwartz and book by Winnie Holzman. It is based on the Gregory Maguire novel Wicked: The Life and Times of the Wicked Witch of the West (published in 1995), itself a retelling of the classic 1900 novel, The Wonderful Wizard of Oz by L. Frank Baum and the Metro-Goldwyn-Mayer film The Wizard of Oz (1939).

The musical is told from the perspective of the witches of the Land of Oz; its plot begins before and continues after Dorothy Gale arrives in Oz from Kansas, and includes several references to the 1939 film and Baum's novel. Wicked tells the story of two unlikely friends, Elphaba (the Wicked Witch of the West) and Galinda (whose name later changes to Glinda the Good Witch), who struggle through opposing personalities and viewpoints, rivalry over the same love-interest, reactions to the Wizard's corrupt government, and, ultimately, Elphaba's public fall from grace.

Produced by Universal Stage Productions in coalition with Marc Platt, Jon B. Platt and David Stone, with direction by Joe Mantello and choreography by Wayne Cilento, the original production of Wicked premiered on Broadway at the Gershwin Theatre in October 2003, after completing pre-Broadway tryouts at San Francisco's Curran Theatre in May/June of that same year. Its original stars included Idina Menzel as Elphaba, Kristin Chenoweth as Glinda, and Joel Grey as the Wizard. The original Broadway production won three Tony Awards and seven Drama Desk Awards, while its original cast album received a Grammy Award.

Wicked celebrated its tenth anniversary on Broadway on October 30, 2013. On October 28, 2019, with its 6,681st performance, it surpassed Les Misérables to become Broadway's fifth-longest running show. A typical performance takes approximately two hours and 30 minutes, plus a 15-minute intermission.

The success of the Broadway production has spawned several other productions worldwide, including various North American productions, a long-running Laurence Olivier Award–nominated West End production, and a series of international productions. Since its 2003 debut, Wicked has broken box-office records around the world, currently holding weekly-gross-takings records in Los Angeles, Chicago, St. Louis, and London. In the week ending January 2, 2011, the London, Broadway, and both North American touring productions simultaneously broke their respective records for the highest weekly gross. In the final week of 2013, the Broadway production broke this record again, earning $3.2 million.